Ballon Meats is COMMITTED to producing beef, pork and lamb to the HIGHEST POSSIBLE QUALITY STANDARDS.

Food safety is a major priority for Ballon Meats

Ballon Meats is committed to producing beef, pork and lamb to the highest possible quality standards. This commitment begins on our farm or our supplying farms and ends at the dinner tables of our ultimate consumers all over Ireland and beyond.

Food Safety & Quality is very important for us at Ballon Meats. Contact us to find out more. 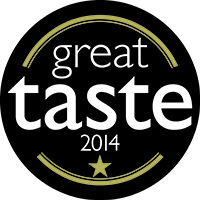 The world’s largest blind-tasted food awards Great Taste, has just released the stars of 2014 and Ballon Meats is amongst the producers celebrating as its Traditional Cured Back Bacon is now able to proudly carry the little gold and black Great Taste logo.

Judged by over 400 of the most demanding palates belonging to food critics, chefs, cooks, members of the Women’s Institute, farmers and a host of food writers and journalists, Great Taste is widely acknowledged as the most respected food accreditation scheme for artisan and speciality food producers. When a product wears a Great Taste label it carries a badge of honour but more importantly, the Great Taste logo is a signpost to a wonderful tasting product – and hundreds of judges have worked hard to discover the very best through hours and hours of blind-tasting a total of 10,000 different foods and drink.

Great Taste is simply about taste, not clever branding or smart packaging. Judges are presented with a spoonful of jam, a pie, a slice of salami, or a cup of espresso, with no wrappings, jars or marks – and they taste, confer and re-taste before making the decision on whether a product should be a 1-, 2- or 3-star winner. In total more than 12 judges will have tasted and commented on each product.

Finally on Monday, 8 September, at a nail-biting Awards’ Dinner at the Royal Garden Hotel, London, the great and the good from the world of fine food will gather to hear who has won the Golden Fork Awards and the final applause will be reserved for the Great Taste Supreme Champion 2014.

HACCP Certification ensures that a person is aware of procedures and is well-versed in inspection of proper protocols to ensure safety. Certification examines the ability of an applicant to identify, evaluate and make recommendations on the steps in the production process that may be inadequate.